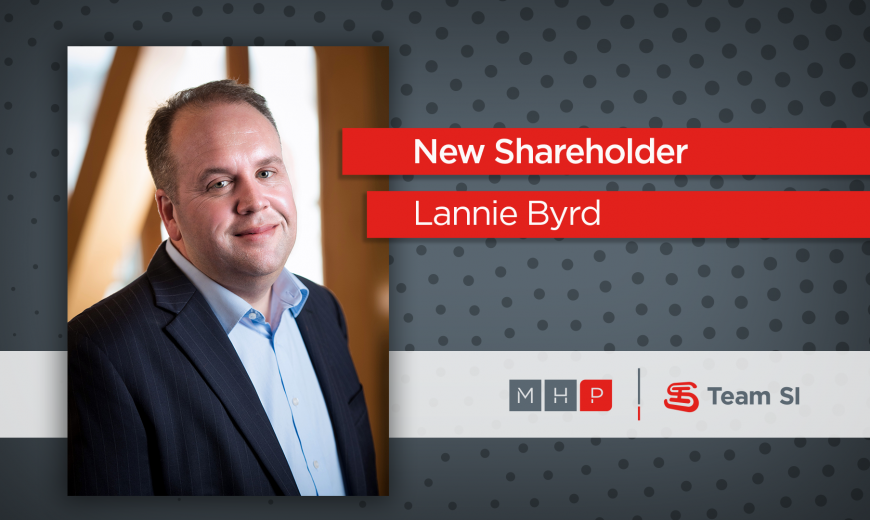 MHP/Team SI has named Lannie Byrd, the agency’s chief operating officer, as its newest shareholder. The announcement coincides with the launch of the agency’s 50th “Innoversary” celebration.

“Lannie is not only a proven leader, but he’s also a constant innovator and has been instrumental in propelling the agency’s growth to become the most dynamic TraDigital™ firm in the state,” said Sharon Tallach Vogelpohl, president and CEO of MHP/Team SI. “This year marks the agency’s 50th ‘Innoversary.’ I couldn’t think of a better way to commemorate our history than to announce a new shareholder and celebrate the next generation of agency leadership.”

“I’m honored to be MHP/Team SI’s newest shareholder and serve alongside longtime partners Chip Culpeper, David Rainwater, Sharon Tallach Vogelpohl and Tim Whitley,” said Byrd. “MHP/Team SI has a 50 year legacy of innovation and I’m proud to have played a role in introducing the TraDigital™ philosophy that drives results for our clients.”

Byrd earned a master’s degree in journalism from the University of Memphis and an undergraduate degree in mass communications and political science from Ouachita Baptist University. Prior to joining the agency, Byrd spent many years integrating digital and traditional marketing tactics in healthcare, higher education and journalism.

Byrd’s shareholder announcement is the first of many milestones being recognized at the agency in honor of 50 years of innovation. Rather than celebrate with a traditional 50th anniversary campaign, the agency is celebrating an “Innoversary,” with a year-long series of events benefiting organizations that are making a difference in lives throughout the community. For more information about MHP/Team SI’s “50th Innoversary,” visit mhpteamsi.com/innoversary.