What to Expect with Google’s Latest Core Algorithm Update 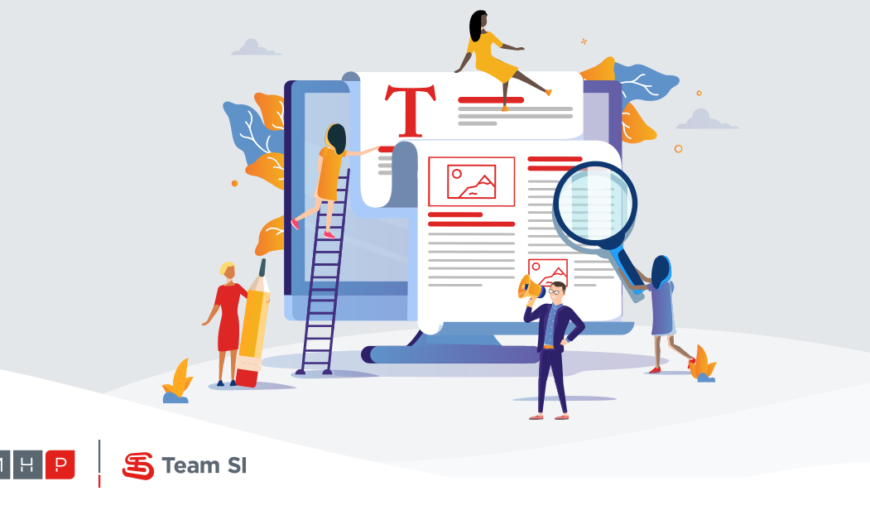 Google tweaks its algorithm each day in an effort to better serve its users with relevant search results. While most of these changes are minor, a few times a year, Google makes a major change to its algorithm, which may positively or negatively impact a business’s website. MHP/Team SI’s Director of Analytics John Morgan spoke with us to explain Google’s December core algorithm update, its purpose and its impact.

John Morgan: Google’s goal is to use an algorithm that provides its searchers with the highest quality, most relevant content available on the web that answers their questions. Google’s algorithm is very complicated, and there are parts of it that handle different elements of a search query.

With a core algorithm update, the changes Google makes aren’t specific to location only, user proximity or spammy backlinks. It’s a shift in the algorithm as a whole. We’re talking about how Google’s algorithm evaluates expertise, authority and trustworthiness (E-A-T) of a website’s content.

Core algorithm updates don’t happen on a scheduled basis. Essentially, they occur as Google sees fit. It’s not something we can anticipate, but Google does try to confirm or alert people through its marketing channels when there has been a major update.

What is Google trying to prioritize with the recent core algorithm update?

John Morgan: Google hasn’t pointed to a very specific problem it is trying to solve. It was more of a broad change to fix the quality of the algorithm overall. Their overall goal is the same from one update to the next – enhancing the quality of the search results that they are providing. It goes back to the E-A-T principle – the expertise, authority and trustworthiness.

For those negatively impacted by the latest update, Google did provide a list of questions for website managers to ask themselves to help align their content with what Google’s algorithm is looking for.

What can businesses expect to see with their website content and analytics? Are there any industries that have been more impacted than others?

John Morgan: When Google has a core update, it’s a big deal because it’s a big percentage of search queries that are going to be affected. What somebody may call a success of the effectiveness of the core algorithm update depends on what someone’s organic traffic did afterward.

After the Dec. 4 update, some people saw massive decreases in traffic, some saw great increases and some saw traffic that went away after the May update started to come back. It’s a mixed bag. It wasn’t targeting a specific vertical or industry, like hospitality or e-commerce – it affected a wide variety of industries.

What should writers do now to help their content rank well on Google? Are there good strategies for creating expert, authoritative, and trustworthy content?

John Morgan: As with anything in SEO, it’s going to be a complicated solution because you should always be trying to provide quality content. You don’t want to push out spammy content just to say, “I’ve got 5,000 words on this topic. I should be ranking well.” You should be asking, “What questions is my website’s content providing the answers to? Is it useful and helpful information?” There are so many different aspects to it.

For instance, there are the off-site SEO aspects of it. Say you’ve written fantastic content but you’re not doing outreach efforts to distribute that content and have a reputable website link back to it – this lack of backlinks is another signal Google uses to evaluate the trustworthiness of a website and its content. You may have the best blog post about a given topic, but just having that content exist on the internet is not enough to warrant a No. 1 ranking from Google. You have to outdo everyone else. So, if the competitor down the proverbial road has 500 backlinks to their content from relevant, authoritative websites, even if you have a better piece of content, Google is going to prefer their content over yours.

Instead, there has to be a holistic strategy – from the content curation, keyword research, the writing, the formatting, how it is published, the technical foundation of the site it is published on, the page speed, backlinks and so on.

John Morgan: It’s important to always monitor where you rank for keywords in your industry so you know where you stand and where your competitors stand. That way, when a core algorithm update happens, you know what its impact was on your site’s traffic and on your competitors. That lets you know whether or not you should make a change to your website or your content.

John Morgan: At MHP/Team SI, we examine each wavelength on the algorithm’s spectrum – from the technical health and the foundation of the website, to what platform are you on, is it optimized for fast load speeds on mobile devices, is it serving up a lot of bloated code.

Then we have an SEO campaign that we collaboratively put together with you to say, “What are you trying to rank for? What is your priority? What are the searches that people are typing in to try to find the product or service that you are selling?” We monitor that and find what your competition is doing, how your business can outdo them, establish your voice in the industry and work to create unique, helpful content for your consumers. We analyze results from these techniques and make decisions based on data.

With this method, when an algorithm update comes out, we can respond to it quickly since we monitor rankings on a daily basis and know from one end of the spectrum to the other the impact the algorithm has had on your website and content.

Anything else that you want to add about Google’s core algorithm update?

John Morgan: This is one of those things that a lot of people might not be aware of that they need to be monitoring website traffic. If someone is not looking at their Google analytics on a regular basis, they don’t know that these algorithm updates happen, they aren’t aware of which channel is driving traffic to their site, then when something like a core algorithm update occurs, they don’t know how they’ve been impacted. They may be down 50% in organic traffic, which on average is going to be about 40% to 60% of a website’s traffic. That could have a dramatic impact on a business’ bottom line without them knowing why or how to fix it.